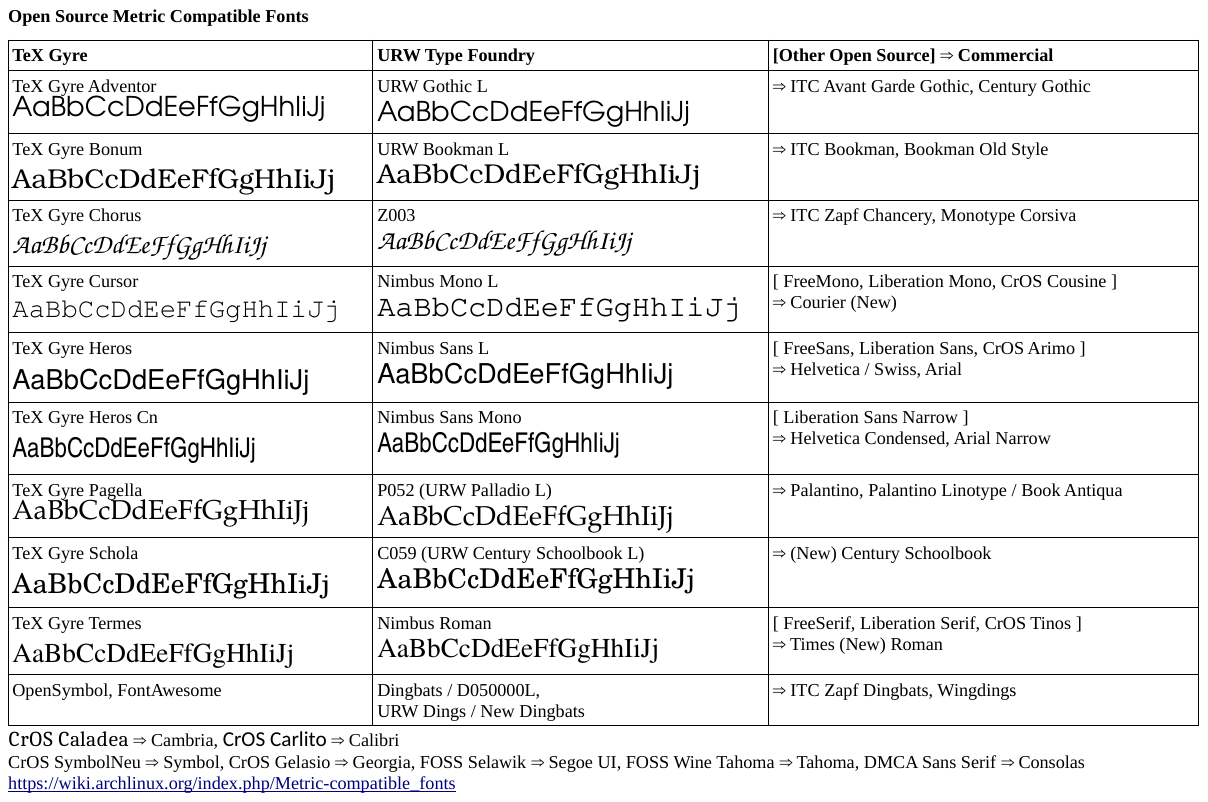 There are, of course, a large variety of style open source fonts as well, for all manner of uses. But for basic documents, consider using Nimbus Sans or TeX Gyre Termes instead of your system default.

This blog is (currently, November 2020) in Noto Serif, from the worthy Noto project trying to cover the entirety of Unicode.

Earlier this year the W3C Trace Context Recommendation was finally published. A standard way of passing distributed trace correlation has been needed for a long time, and it is good to see there is finally a standard, and many vendors have already moved to adopt it.

The Recommendation defines what a distributed trace is:

A distributed trace is a set of events, triggered as a result of a single logical operation, consolidated across various components of an application. A distributed trace contains events that cross process, network and security boundaries. A distributed trace may be initiated when someone presses a button to start an action on a website - in this example, the trace will represent calls made between the downstream services that handled the chain of requests initiated by this button being pressed.

What constitutes a single logical operation depends on the system. In the example above it is a single button press on a website, whereas in a batch processing system it might be for each item processed, or in a complex UI it might consist of both a button press and a subsequent confirmation dialog.

The W3C Trace Context Recommendation describes how the correlation information — an identifier for the operation, and the parent-child relationships between components — is passed in service calls, but doesn't cover what to do with that information, apart from how to pass it to the next component.

This is a guide mostly how to use Trace Context for logging, although it also applies to metrics and other telemetry.